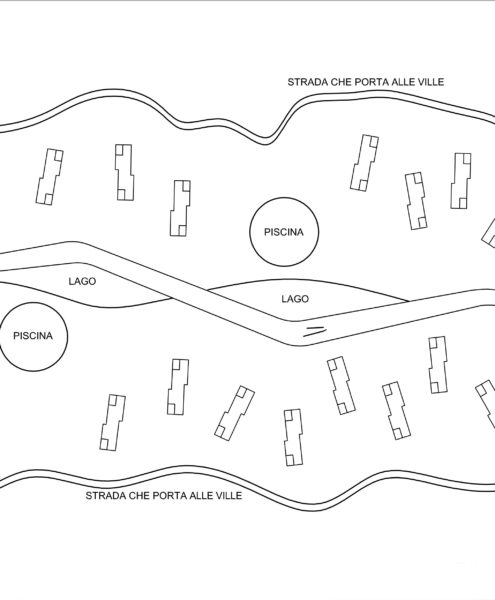 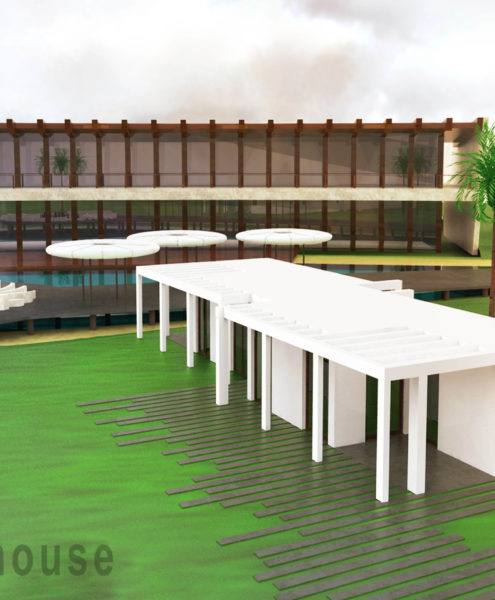 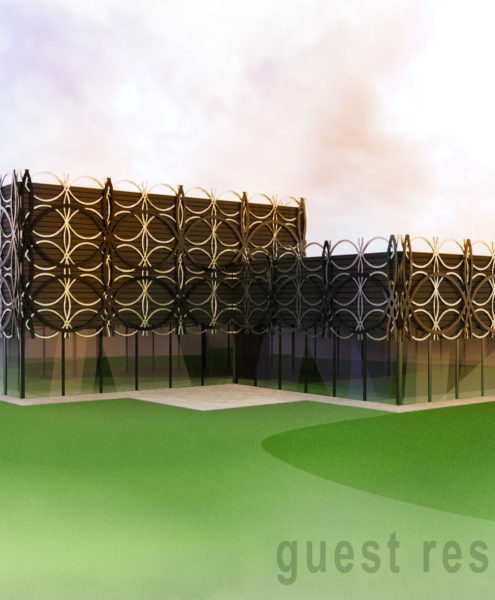 It had to be possible to replicate the imagined village a number of times in desert areas to be urbanised and which could include all the functions required by families choosing to leave the city for an oasis of peace. Singular characteristics were the creation of two lakes and of two swimming pools, one for men and one for women and children, in accordance with local traditions.

The idea was to design a river that could create an artificial lake in the middle of the area and which would, in turn, act as the village centre where the Club House and Resort Buildings would be found. The villas would follow along the waterway.

Light coloured stone cladding was chosen, which would respect and merge with the intended resort location.

Local stones such as tufa (a type of limestone) and marble were used for the entire site. Even the connecting lanes were designed in stone and grass.

Return to Portfolio
Get a Quote